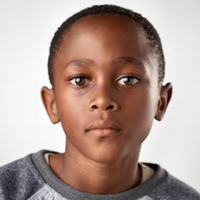 From the recording So I Did Nothing

So I Did Nothing
William Woltz

He was small, his clothes were old and ragged
The other boys just would not let him be
I recall the way that boy was crying
I was glad it was him instead of me

So I did nothing
Yeah, I knew that it was wrong
But I said nothing
A safer bet to play along
Just children acting out the lives they learn at home
You just say nothing

They taught me Jesus loves the little children
How precious, red and yellow black and white
They said that slavery's written in the Bible somewhere
It's what our God intended to be right

And I did nothing
Yeah, I knew it must be wrong
But I said nothing
Just shut your mouth and go along
Defend your way of life before they take it all away
And just say nothing

So many years have passed us by
Old attitudes must surely die
And still these feelings burn
Battle flags, tired bronze soldiers
Tools of war slung on our shoulders
When will we ever learn?

Today we argue about the lives that matter
We stand our ground in terms of us and them
When will we see we're all in this together?
When will we trust the truth that lies within?

So don’t do nothing
Because you know so much is wrong
Just say something
We've really known it all along
Live your life in peace and love your neighbor as yourself
And just do something
Yeah, just say something
If we all said something
Wouldn't that be something?