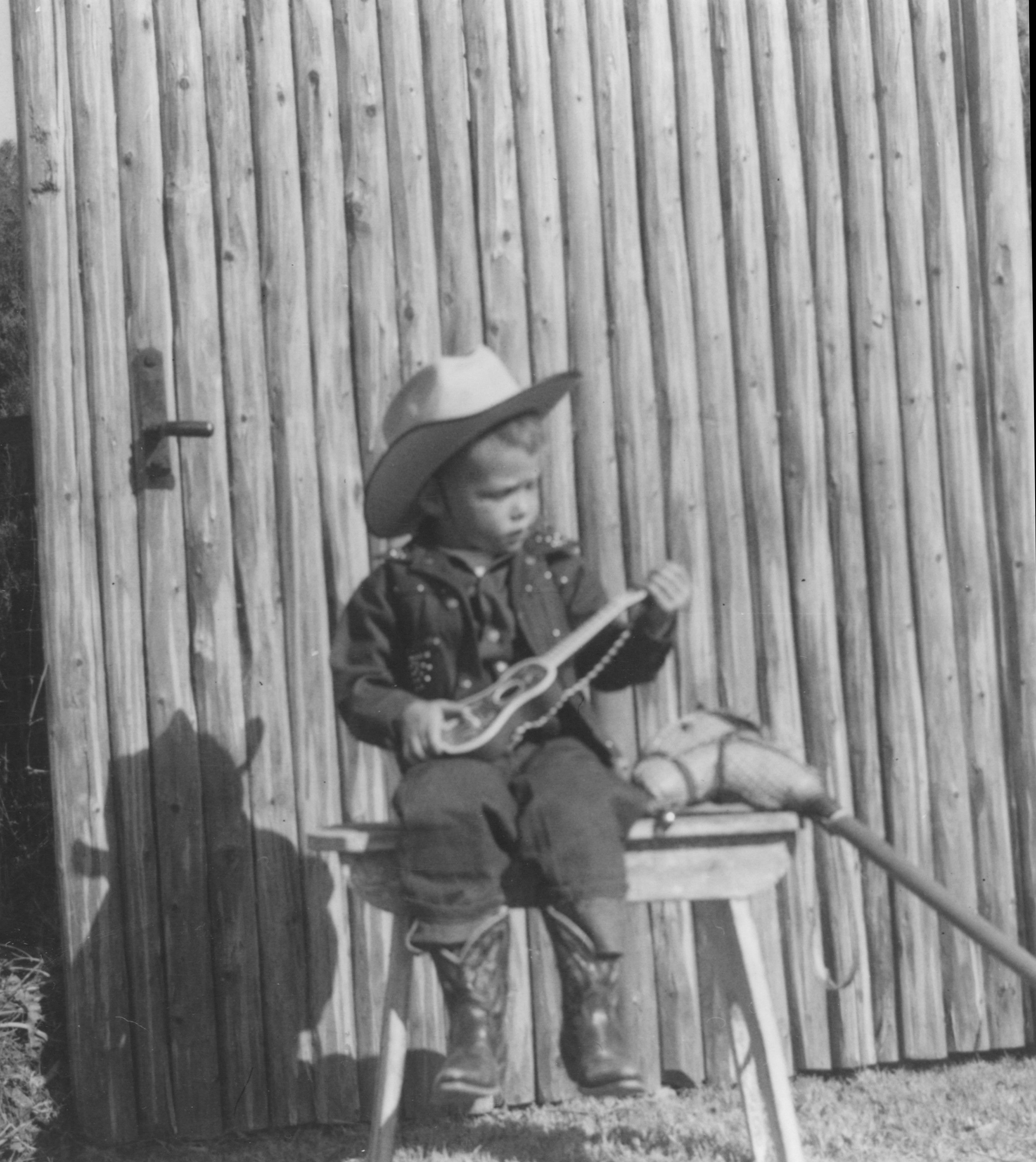 I was born at the Naval Air Station hospital in Pensacola, Florida in 1951. My father was a career Navy officer and a pilot, and my mom was a gregarious and talented belle from North Texas. I was their only child. Criss-crossing the country over the next 18 years, the Navy relocated our family a dozen different times, a pattern that would only accelerate when I became a professional musician.

When I was seven, my mother asked if I would like to take guitar lessons. I must have raved to her about my second-grade teacher who would chill out her kids by gathering them on a rug in the middle of the classroom and then singing and playing guitar. Later, Mom came to me and said, “Johnny, I’ve found you a guitar teacher. And she’s a Negro.” (This is 1959.) To which I replied, “Cool!” In my insulated young world, the only black people I knew were Josh White, Odetta, and Harry Belafonte, so I figured all black people must be possessed of the same musical magic. Every week we went to my teacher’s house in LA where, in the back bedroom, Grandma taught the basics to beginners. When kids graduated they joined the group lesson led by her daughter in the living room. I played a three-quarter size nylon string guitar (easier on small fingers) and we learned folk songs by ear, many of which I still play. I knew right from the start this was what I wanted to do with my life—play guitar, sing, write songs.

Five years later a different teacher suggested that I ditch the classical guitar and go electric. His timing couldn’t have been better because one month later the Beatles appeared for the first time on Ed Sullivan. Suddenly, my status as a young electric guitar player gained a whole new currency. Many bands followed and in a few years’ time I had saved enough from gigs to buy my dream guitar—a 1965 Fender Stratocaster—which, if I still owned it today, would be worth a small fortune.

Enter Paul Simon. As much as I loved both classical and electric guitar, for me he made the acoustic steel string “an early clue to the new direction” —to crib a line from “A Hard Day’s Night.” I bought a cherry-red Gibson Dove and dove headlong into acoustic folk/rock. When the time came to leave home for college, I sold everything except that Gibson and drove away in what was to become my namesake, a 1963 Dodge.

Randy Bare was my room mate during the four years I spent at Ohio University in Athens. As freshmen, we formed a duo—Silliman and Bare, which became Silliman, Bare & Friends with the addition of Keith Pleuss on vocals, Nathan Mendez on hand drums and multi-instrumentalist Bill Mullins on everything else. We played constantly and everywhere, opening shows for headliners like the Flying Burrito Brothers, Doc Watson, Michael Nesmith, Seals & Crofts, Earl Scruggs, The Mahavishnu Orchestra, and Asleep at the Wheel, among others. In my senior year we drove to New York City and recorded a demo for Columbia Records at the CBS studios, which for me was the proverbial crossroads.

I moved to Manhattan in 1973 and spent a very interesting 18 months there before the city chewed me up and spit me out. During that time though I had the chance to make a demo at Electric Lady Studios on West 8th Street in the Village, the studio Jimi Hendrix built. In addition to my original songs, we recorded a version of The Wind Cries Mary there which I still perform today.

In 1975, my friend and fellow singer/songwriter/guitarist Don Cooper and I joined forces to become Cooper Dodge. We were different enough, musically and otherwise, to be interesting and similar enough to be compatible. I relocated to Vermont where he lived and the two of us played shows all over the US, gradually attracting enough talented musicians (Ron Johnson, Richard Gates, Richard X. Heyman) to form a five piece band. Over the next six years we opened shows for James Taylor, Jerry Garcia, Jimmy Buffett, Joe Cocker, and countless others. A major label recording contract eluded us until 1980 when we signed with ATCO Records, home of Cream, Blind Faith, Buffalo Springfield, Neil Young, the Who, and many more. For ATCO we recorded a single became a minor hit for the Carpenters one year later. "I Want You Back in My Life Again."

In the end, for all the usual reasons, the band broke up—a statement likely true for 99% of all bands that ever existed. At this point I was nearly thirty years old and looking for something completely different when Program Director Bob Rivers (later of Bob Rivers "Twisted Christmas" fame) offered me a job hosting the morning show at his rock radio station in New Hampshire. I took that offer and transitioned from going to bed at 4 am on a musician’s schedule to waking up at 4 am as a morning rock DJ. One radio gig led to another, which took me from New England to San Antonio, Boston, Seattle, and finally Portland, Oregon which is home base today. In addition to being an announcer, I've been the production director, music director, or program director for stations ranging in format from hard rock to classical, even kid’s radio. It was a great career in commercial, public, and satellite radio which also included a long stint as a broadcast consultant. But throughout the radio years I never abandoned my first love—playing guitar, writing and recording songs. Many of which you can hear on the Songs and Lyrics page.

Good fortune to you and thanks for reading—